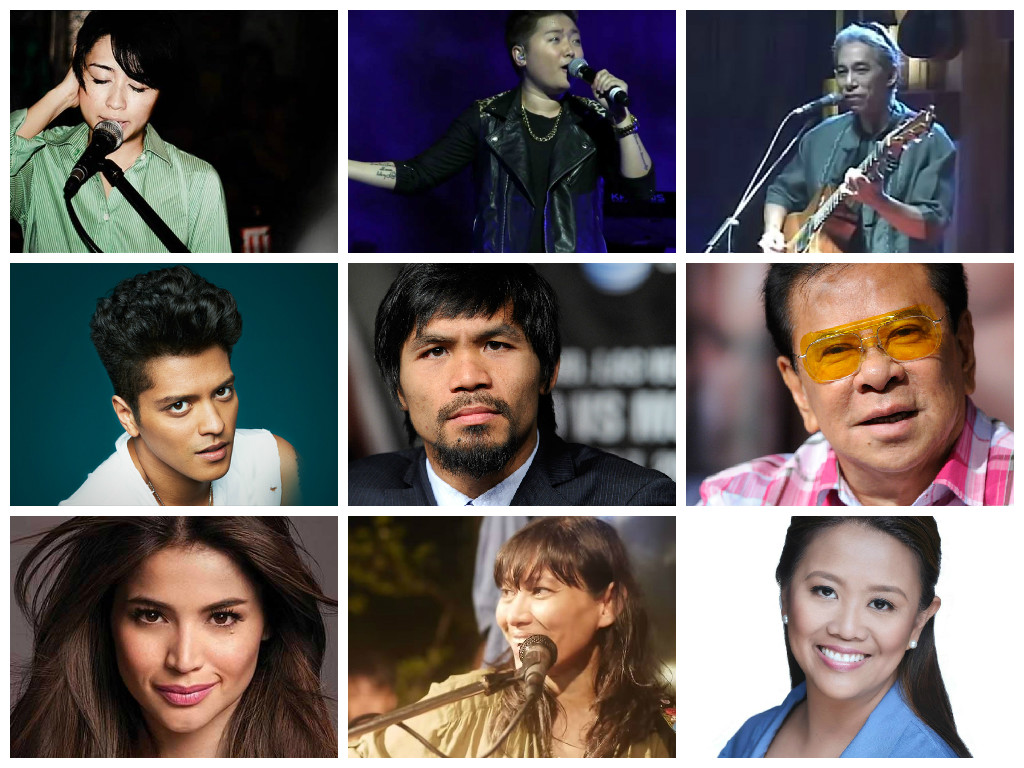 After countless negotiations, “the fight of the century” is finally going down between Manny Pacquiao and Floyd Mayweather Jr. in Las Vegas on May 2 (May 3 in Philippine time).

The Fight of the Century was five years in the making—and it’s one hell of an expensive fight: Ticket prices cost as much as US$ 68,000 or almost PHP 3 million. Despite the sky-high prices, tickets are selling like hotcakes.

Aside from Manny Pacquiao’s entrance song (his newest music video has now reached 2 million Facebook views), the national anthem performance has always been one of the most-awaited parts of his matches. The National Historical Council of the Philippines (NHCP) is all eyes and ears on the singer. Unfortunately, not everyone gets NHCP to turn its chair.

With its emotional lyrics and upbeat tempo, performing Lupang Hinirang is a tricky job. Who could forget Jennifer Bautista’s last note off-key during the second Pacquiao vs. Morales fight in 2006? Or when Martin Nievera overdid his singing and deeply ired the NHCP? Or when Christian Bautista momentarily forgot the words to Lupang Hinirang? Okay, that wasn’t a Pacquiao fight, but still.

Despite their so-so performance during his fight against Algieri in November 2014, the group of pastor singers from General Santos City will once again do the honor of singing our national anthem.

While the Pambansang Kamao has already made his decision, the folks at Reddit Philippines had humbly nominated the following personalities for the coveted position.

Why she should do it: She is a platinum-recording artist, and only equips herself with two of the industry’s trade tools: guts and confidence.

Why she should do it: She has the right outfits to wear (i.e., her SONA #ootd), but she wears them at the wrong time. The Fight of the Century is the perfect time to rock her fashion-forward style.

Why he should do it: The former Ilocos Sur governor is always present at Manny Pacquiao’s fights, not seated at the ringside, but as part of Pacman’s entourage. He might as well take advantage of this privilege by singing the national anthem “with boas slithering on his feet.”

Why he should do it: Fil-Am singers have done it, such as Jessica Sanchez and Maria Aragon. It seems like a wonderful idea, but Bruno Mars must find a way to capture the jumpy Lupang Hinirang with his cool, soulful voice.

Why she should do it (again): Despite being under the radar for a while, the talented Charice only gets better and better.

Why she should do it: She and her Up Dharma Down crew have indeed a lot more to offer than “Oo” and “Tadhana.” Her soothing voice will be a fresh welcome in the boxing ring’s history of birit queens.

Why he should do it: Speaking of overflowing pride and love for the country, this version of the national anthem should really make it to Vegas, even if it’s illegal according to the Heraldic Code.

Why she should do it: Taking her cue from brother Joey Ayala, Cynthia Alexander is also a talented musician. It is such a shame that she had to move to another country to pursue her career.

Why he should do it: Because, to quote one Reddit user: “Why the hell not?” Just this week, he released the music video to his entrance theme titled “Lalaban Ako para sa Filipino,” which he also directed. While the four-minute song loudly screams “autotuned,” omnipotence is still Pacquiao’s second name.