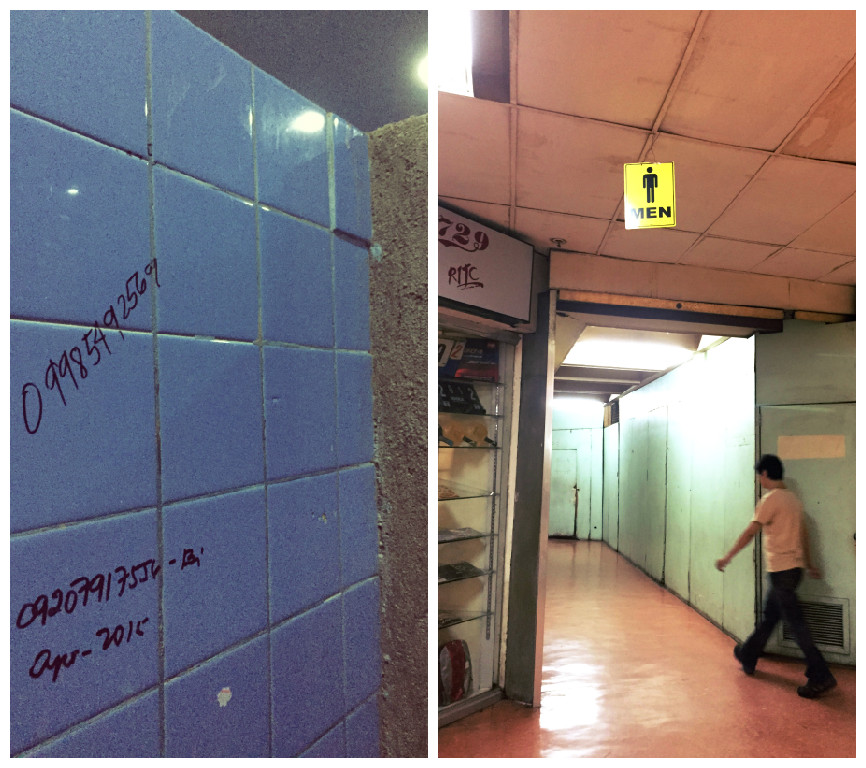 If you badly need to heed the ‘call of nature,’ a public comfort room in the Philippines may be the worst place to answer it.

Truth be told, the majority of these public toilets have earned the reputation of being  filthy and unsanitary. It’s quite ironic, because while Filipinos are commended for our world-class hospitality to foreigners, the state of public restrooms in the Philippines is far from welcoming.

The plight of comfort room users is quite similar to that of MRT passengers: Most Filipinos, especially males, have learned to become resilient by walking into cramped, stinky rooms just to empty their bladders.

As they say, beggars can’t be choosers. And why should we complain? It’s a “public” comfort room anyway.

The ‘Filipino’ in comfort rooms

There are odd yet compelling stories on how Filipino comfort rooms have evolved.

For one, the term “comfort room” itself is a uniquely Filipino term. Compare this to other countries’ terms for public toilets: restroom, bathroom, washroom, lavatory, public loo, men’s room, ladies’ room, latrine, powder room, water closet, WC, and so on.

In the mall, we see signs leading to “restrooms” but some Filipinos still ask guards “Kuya, sa’n ‘yung C.R.?”

Some public restrooms still require fees based on the gravity of one’s comfort room needs: PHP 2 for urinating, PHP 5 for taking a bath, and PHP 10 for defecating. It seems weird that people still have to pay for public restrooms, but that’s how it goes and we have learned to live with it.

But of all the weird customs and habits we know about CRs, the stories written on the walls of public comfort rooms have yet to be told.

Men’s toilets are a common sight for phone numbers left by strangers. Some numbers are written plainly, while some are more descriptive, stating gender preferences for potential sex partners.

In the short span of time that we spend inside public restrooms, have we ever wondered if there are people who actually call or text these numbers? How many people have actually tried writing their numbers on walls? 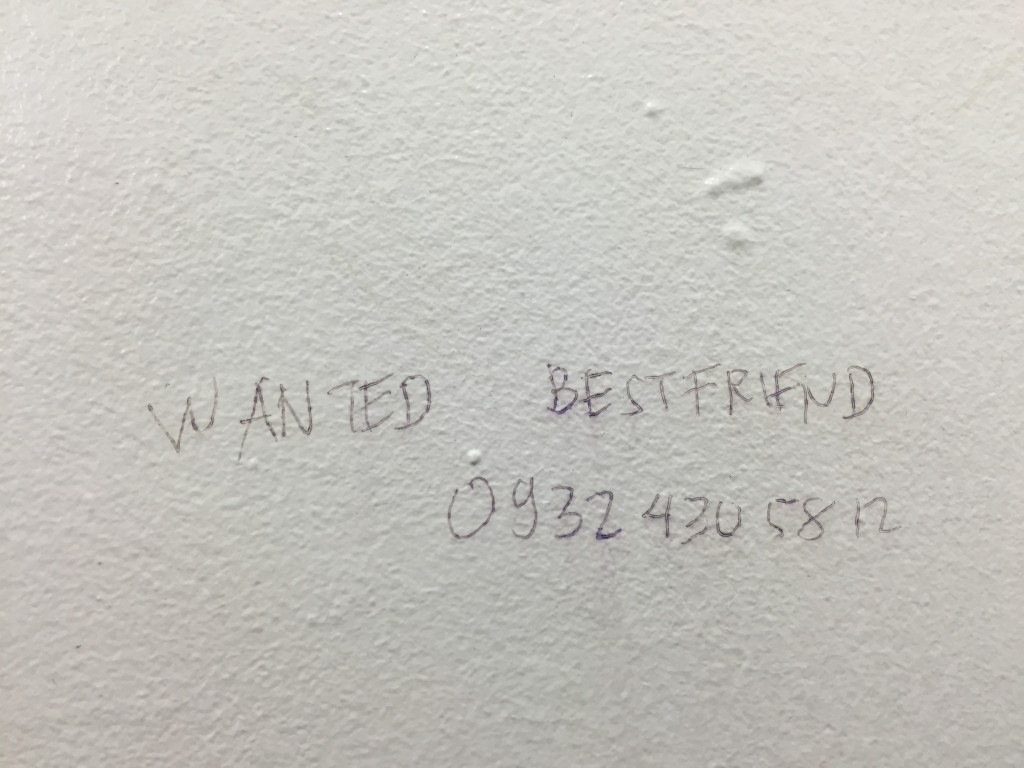 And more importantly, who are these people? Why do they vandalize public toilets?

Meeting new people can be as easy as hitting the Add Friend button on Facebook, but some people still choose to build connections by writing their numbers in public spaces, even at the risk of being ignored.

The owners of these phone numbers are often judged for their audacity to vandalize a public place. But behind these intangible numbers are real people with real-life struggles.

People who leave their numbers might seem desperate, but some of them believe there’s nothing to lose if it’s “just for fun.”

Meet AJ, a 20-year-old happy-go-lucky call center trainee whose notion of love is ideal and romantic, just like in the movies.

“I can be attracted to a girl and a boy,” AJ said.

AJ has a checklist of qualities he’s looking for in a man: guwapo, smart, tall, and malapit kay God. 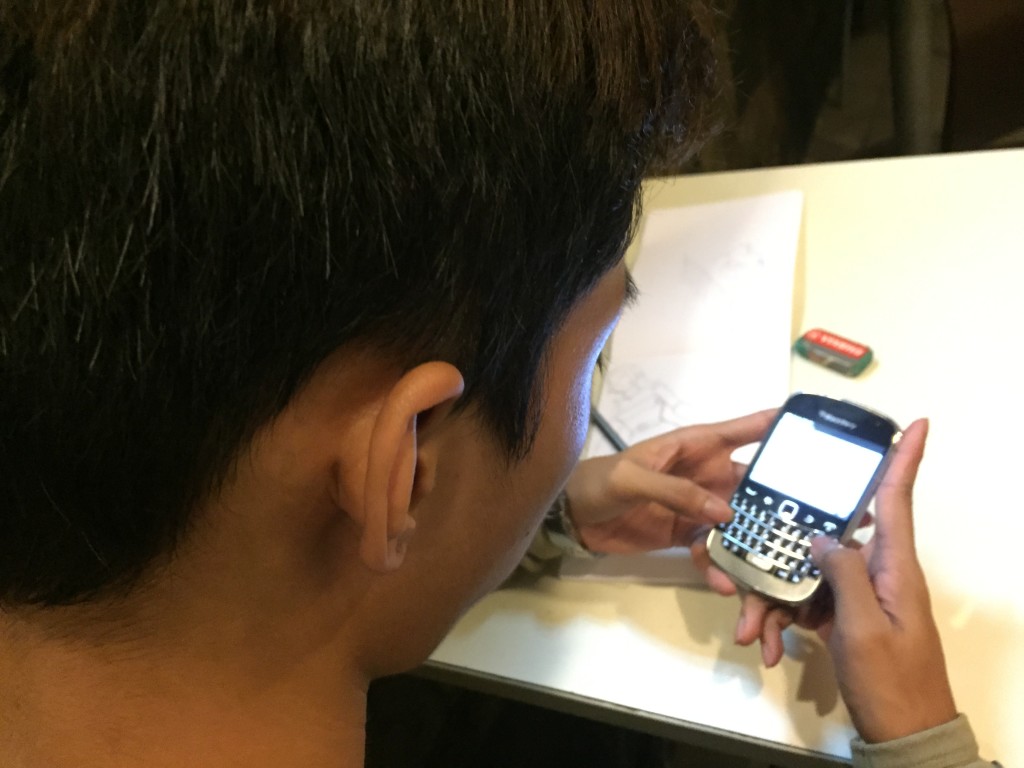 AJ has never fallen in love with someone, making him NBSB or “No-Boyfriend-Since-Birth.” Staying true to his checklist, AJ said that his pickiness keeps him from finding the “Right Guy.”

But after 20 years of being NBSB, AJ will do all means to find love, even in the most hopeless place—the comfort room.

While looking for a job at a mall near the MRT-Boni Station, he was amazed at how many handsome men he saw in just a single day.

“Na-amaze ako sa mga tao kasi ang daming guwapo,” AJ said. (“I was amazed that there were so many handsome men!”)

When he entered a cubicle in the men’s room, he saw a lot of numbers written on the wall and he was tempted to write his own number.

Although he had never tried vandalizing a wall or writing his number in a public place before, AJ said he did it “just for fun” and for curiosity’s sake.

A day after he wrote his number, 10 strangers texted him, most of whom were looking for hookups and sex.

Standing short and possessing the looks of an average Pinoy guy, AJ admitted that at some point, he had to lie about his physical appearance and personality when texting strangers.

At one point, he was even humiliated by one of them. But AJ dismissed this incident, believing that one day, his Mr. Right would finally text him.

And so that day arrived. Another stranger texted AJ’s number, giving him high hopes for his first serious relationship. They exchanged sweet messages and for days, AJ even skipped meals just to talk to him.

Based on the description given by the stranger—tall and handsome—he would certainly meet the physical requirements in AJ’s checklist.

“Na-fall na rin ako sa kanya kasi ok siya kausap at hindi siya bastos,” AJ said. (“I finally fell for him because I enjoyed talking to him and he wasn’t pervy.”) 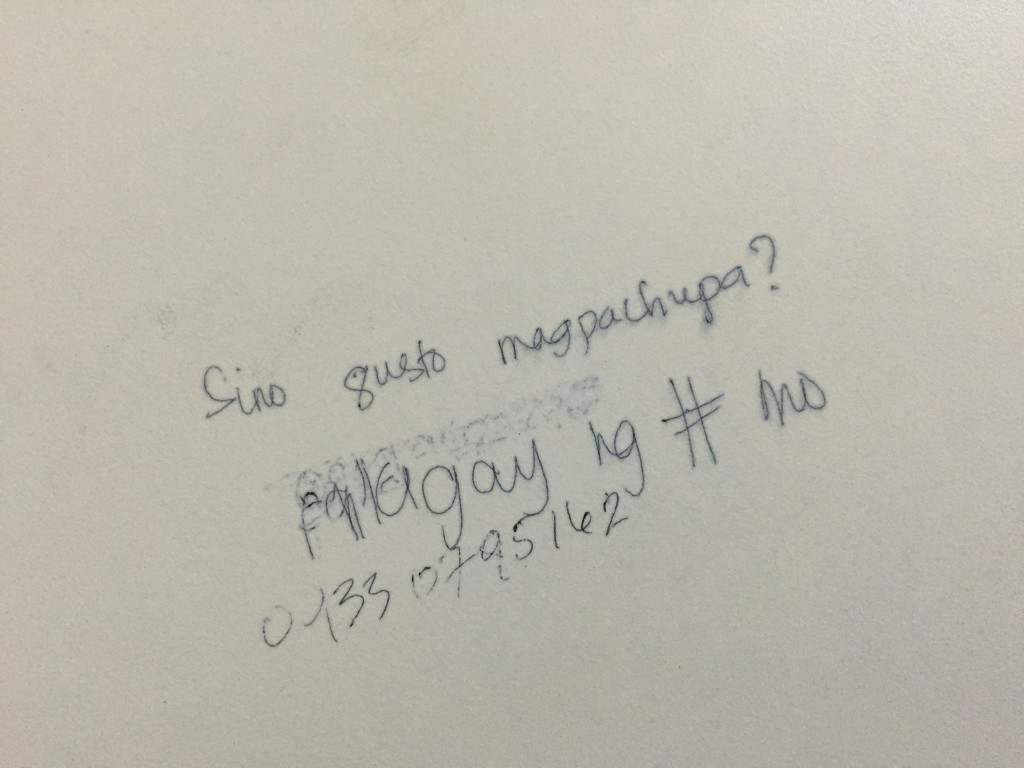 The excitement of digital romance went on for a week until AJ started to look for something more: He wanted to meet the guy in person. But first, AJ asked for the guy’s Facebook (FB) account. The stranger refused, and their short-lived romance came to an end, causing AJ to have false hopes on love.

“Akala ko nung una siya na talaga,” he said. (“I really thought he was the one.”)

Asked if he regrets writing his number on the wall, AJ said that he does not, but he also said that it was the “first and last time” that he’s going to do it. 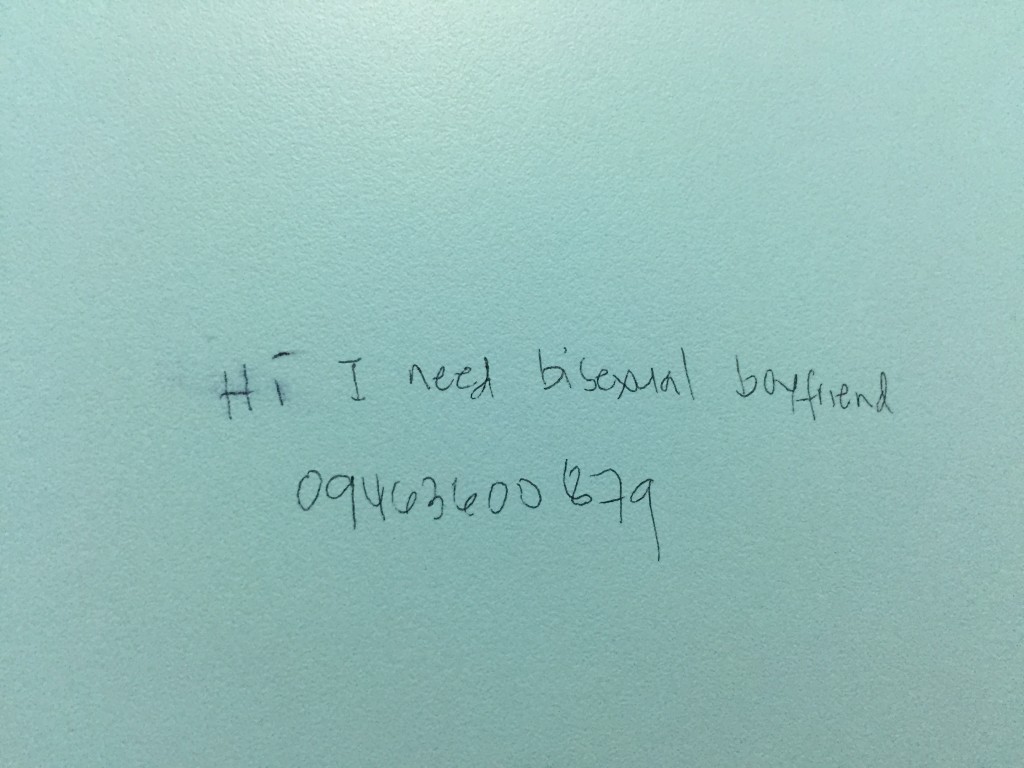 Woes of a former poser

People who are hoping to find sex typically go to bars, motels, and whorehouses. There are movie houses, comfort rooms, and now, online dating sites for people looking for companionship.

Jules is a 20-year-old closeted gay student who used to be a “poser” in online dating sites like Planet Romeo and Grindr. He describes his past self as “garbage” for having 13 sex partners in a year.

As a kid, Jules was bullied by his classmates for being small, dark and skinny.

(“I see myself as someone weak, unpleasant-looking, and down. No matter how much I tell myself ‘I’m not ugly, this is is just how I look,’ I know that it’s all just a facade. I wear a mask that I take off everyday.”)

Hoping to find love despite his “unpleasant looks,” Jules began pretending to be someone else. He used his female friends’ pictures in online profiles and he recorded a female voice to pass of as his own.

(“I couldn’t meet the people I met online. I disguised my voice. Sometimes I asked my girl friends to talk on the phone for me. Whenever someone wanted to video chat, I said my webcam’s broken. But I also felt guilty for pretending to be someone else. I felt bad that someone might fall for me because of my lies.”)

Every orgasm was a consolation

After hooking up with 13 guys from gay websites and apps like Planet Romeo, Grindr, and at some point, Tinder, Jules felt he had become a “parausan” or an open book that was readily available to anyone who wanted sex.

For a time, sex became Jules’ preferred form of escapism. He had quickies in public places and also went home with strangers.

Every orgasm was his consolation, affirming that someone truly wanted him despite being rejected many times. He slept with strangers for a year until his desperation for sex exceeded his personal limits.

(“Then it dawned on me: ‘Shit, what am I doing to myself? I thought I was trashy. I was like a prostitute. I won’t go back to that. I used to be so impulsive.”)

Waiting on the sidelines

As a closeted gay man, Jules believes that society expects him to wait for love to come and not demand for it. But after 20 years, he is tired of waiting on the sidelines.

Still thinking that sex can lead to lasting relationships, Jules left the online scene to try his luck somewhere else.

One day while in a Shaw Boulevard office, Jules noticed phone numbers written on the walls of the men’s room. Jules  wrote his number on the wall, hoping that he would soon find a significant other.

The next day, two strangers texted him. An excited and hopeful Jules set aside his expectations to avoid disappointment. His ideal partners are tall, broad-shouldered, manly, sexy, and understanding. On seeing the profile picture of the first respondent, he was not Jules’s type but in playing darts with closed eyes, Jules said he can’t be “choosy” with the results.

But upon giving his Facebook account, the first stranger didn’t reply. The second one didn’t reply, too. And for Jules, the equation is easy: He is not attractive.

Already used to rejection for the past 20 years, the agony of being ignored brought back his past. The world might have conspired against him, but Jules turned every form of rejection to acceptance.

Jules said he was pessimistic about love. He believed that sex is a window for long-term relationships and it is normal to crave for it, just like how Abraham Maslow included sex in his “Hierarchy of Needs.”

Jules said that if he came out as gay, he would not have to search for love in comfort room walls.

He said that for gay men like him, whether closeted or out, it has always been a challenge for them to find relationships that aren’t purely physical.

He regrets writing his number on the wall.

But for the time being, AJ still hopes to find love and sex through random numbers. Fact is, on the day he was being interviewed, he was meeting three other guys for an “eyeball.”