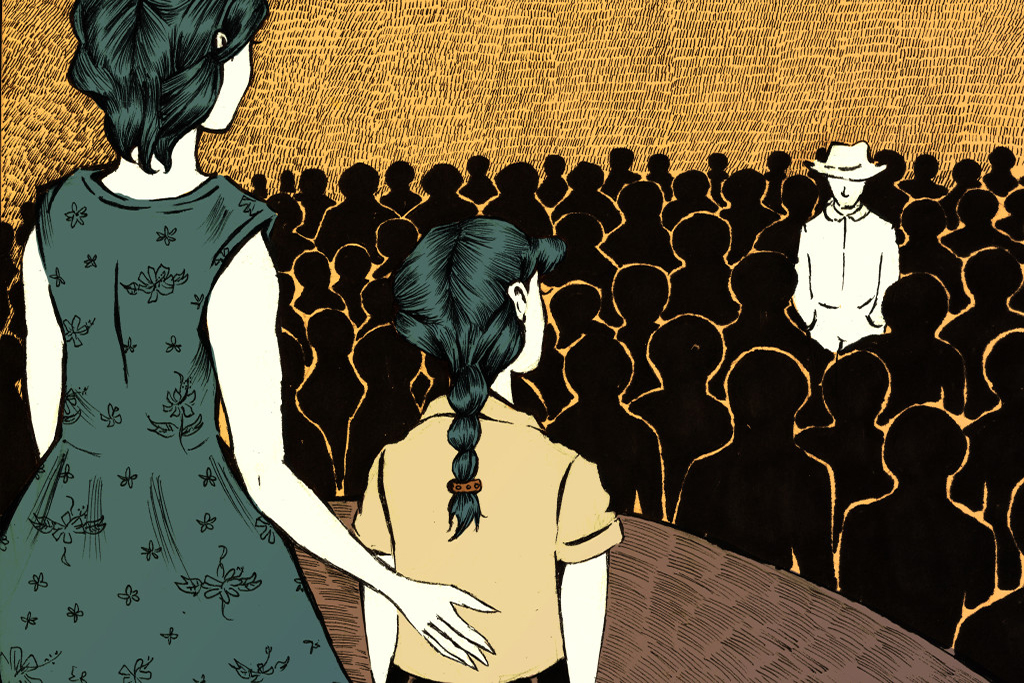 This essay originally appeared as “Prima facie evidence” in the writer’s personal blog.

I am a child out of wedlock. Try as I may, it is one thing I can never change.

I was born to a beauty queen mother and a prosecutor father. They met and fell in love at work—the law office being the lovers’ lane. My dad bossed around about almost everything; my mom was the then-fresh graduate who simply strived to make a good showing.

Ironically, love for them meant breaching the law. Theirs was a synoptic story of what happens when two people fighting for what’s right just fell into the traps.

Before they met, Mom had a great life ahead of her. Great—something which every detail was drawn on a time-bound life map, gilded by a sap of youth. Something you’d never dare to break in front of her innocent face. She was among the three daughters of the former city mayor. Well-off, but she managed to get through college on her own, checking papers of upperclass law students when the clock struck six. I often think this must be the reason why she always makes a fuss over my very unique handwriting.

She could have married a then-soldier-to-be. He said he’d come back in three years’ time, after military school. But more than three years have passed and no fighter-donned-in-seven-colors stood in front of her door—or maybe, she never noticed him return, all because of another man. 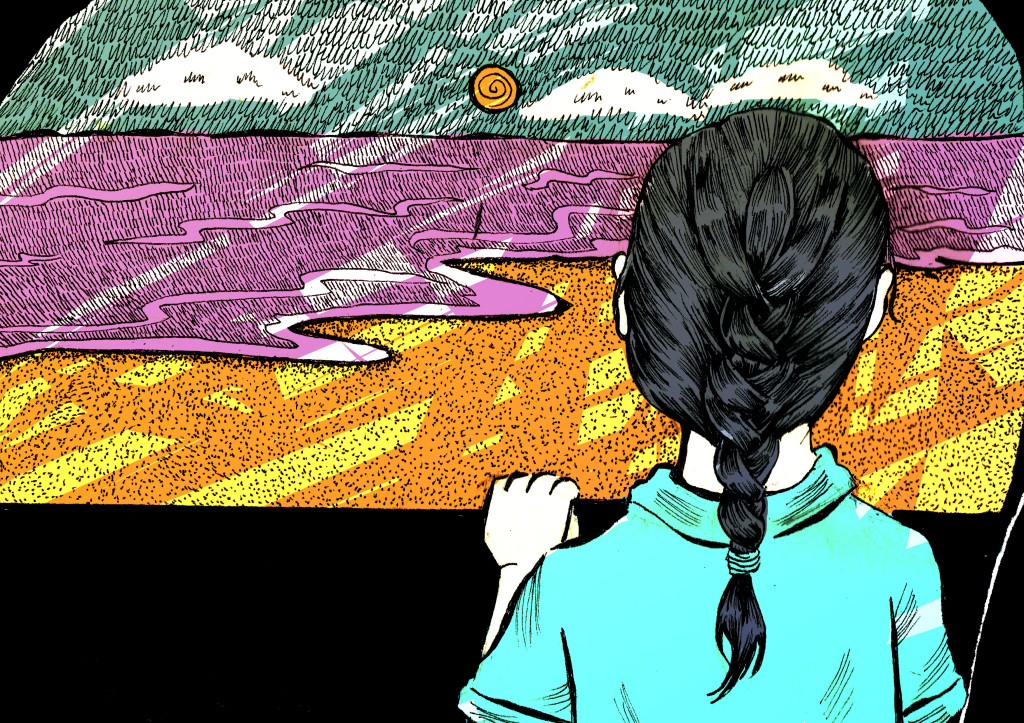 My father took the liberty of expending power from his general and politician friends. He sent the soldier down South. Truth is, the soldier reappeared even twice, but my father’s mission was to put us out of sight. That must have been the reason why in my childhood years, we never settled for one home, as I always wondered. We lived on rolling stones. Thanks Papa—sincerely, your well-traveled daughter.

Dad never told Mom about it. All her life she believed she found comfort and company from him; all her life she thought he was sent to fill the gap. But when my mother and the soldier finally bumped into each other again, it was no way better late than never—the soldier had already found his better half—someone who shared the same name as my mother.

I’ve seen it in the movies, but then again, I never thought a tragedy of this kind can surface beyond the silver screen. There is a big difference between stealing one’s heart and stealing one’s future. The latter can put you behind bars. I told you he can boss around about everything, and don’t tell me you haven’t been warned. My father is a married man, and that is the whole point that renders this love story illegal, or that which renders my existence, illegitimate. 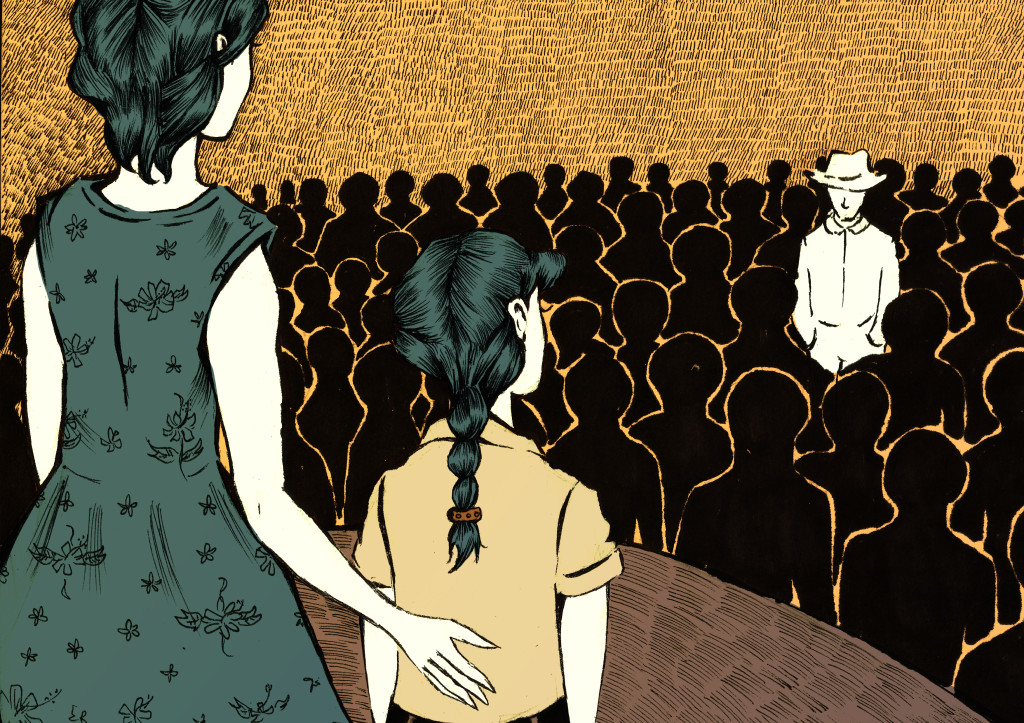 I grew up associating fortnights to fathers. One-half of a month, two weeks, 14 days to be precise. Most mornings I would wake up inside the car, stirred by the whiff of the sea breeze. The pediatrician said it’s the best cure for asthma, so every day my parents would carry my pajama-clothed preschool self in the car. By this time, they had already gotten the freshest catch, straight from the mesh. Together, we would watch the sun break into vibrant oranges and yellow lusters, and immediately after, we would hurry home to prepare for work and school.

This is how I was introduced to deadlines, I think. Nothing compares to the adrenaline of chasing the clock so as not to be marked late. But how I became good at beating deadlines is another thing—I grew up knowing, and accepting, that these crazy bonding moments with my father would eventually come to a cutoff date.

From social gatherings to department stores, I wasn’t allowed to call him ‘Papa.’ I had to treat him as a stranger. Fair enough, it wasn’t easy for a child to engage in such a roleplaying game.

While the other honor students were accompanied by both parents onstage, it was only Mom who clipped the medals on me every March. I always sought for explanations: why would the second and third honors have two parents to be proud of them? I am on top of the list, and I deserve better.

But as I come up the stage and pause for a shot, I am gratified by the presence of an old man disguised in a cowboy hat. I cannot brag, but deep inside I know that there’s one man lurking in the shadows, proud enough to never fall behind.

Deadlines are inevitable though. I’ve seen it coming month after month, week after week, after he retired from his post. He’d pack up his things and promise he’d come back in a fortnight, and then a week, and then three days, until I noticed how his room had shrunk into the size of a balikbayan box.

​It took me years to realize that the old man disguised in a cowboy hat no longer stood out in the crowds; slowly, he was dissolved into the sameness of the shadows. 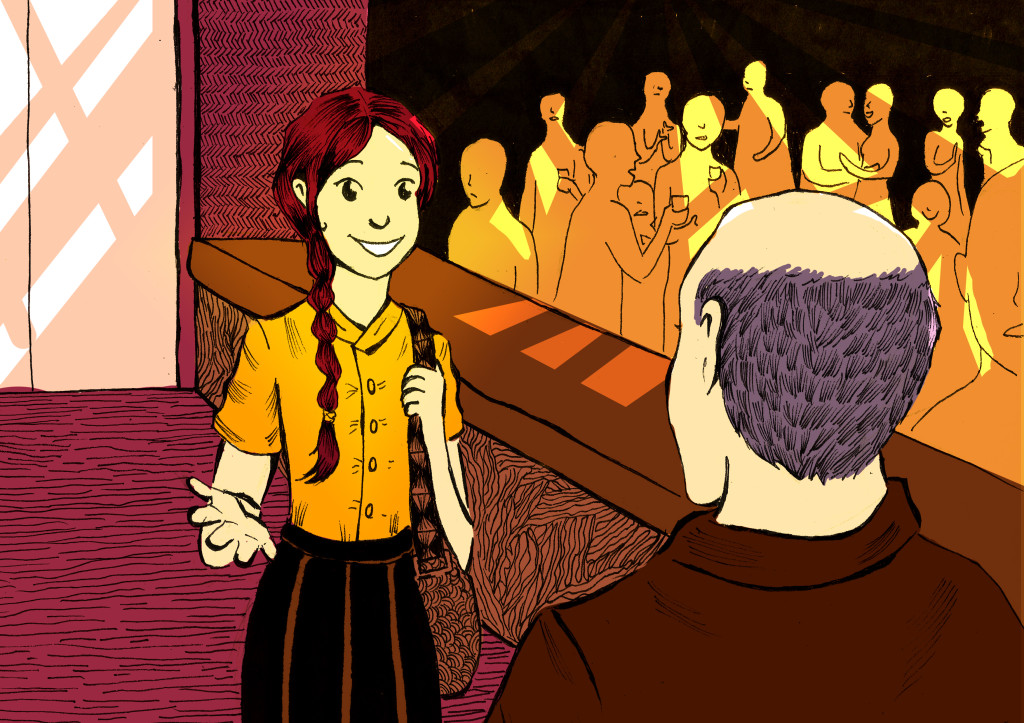 From then on, I grew up being protected by my Mom, cousins, aunts, uncles who conspired on fabricating a safer, albeit fragile, world for me.

​My dad wasn’t there when a guy first courted me in high school, nor he was there when I survived the first breakup. I find him mean for stealing my mother’s future, but that’s another story. Still, I believe these don’t suffice for a daughter to un-love his father.

I am him in so many ways. I got his eyes, the shape of his face, the way he laughs, the way he speaks up when he want things done right, the way he captures my mother’s heart every time. And it’s undeniable—I am the prima facie evidence.

Almost two decades of living with what I’m lacking—the father figure, the middle name, the complete weekends. Three or more decades still, to find contentment in an extraordinary life. Yes, I am an illegitimate child and I am never ashamed of being one. Having been raised by my Mom single-handedly does not make me less. Still, I’d choose this path over a life without missing parts. Nothing feels complete until you own it, I guess.

​Two years ago, I happened to see him again in a snack bar somewhere in Cubao. He walked and talked slower than usual; he even carried a cane this time. He praised the “beautiful and talented” woman I have become. The last time he said so, the word was “pretty,” describing the little girl who used to untie his shoes after a hard day’s work.

Before we parted ways, he said, “Always remember you’re a product of love.”

And I believe that is one thing I can never change.

The writer is an incoming fourth year journalism student at the University of the Philippines-Diliman.

Illustrations by Karen Tordecilla for Pacifiqa.