Adding more drama to the Binaygate saga, the DILG and the Office of the Ombudsman recently served a six-month suspension order against Mayor Junjun Binay, stemming from the allegations of corruption in the construction of Makati City Hall Building II.

All that drama aside, we need to talk about the TRO notice issued by the CA.

People who’ve seen the TRO are wondering what the heck is Comic Sans doing in a judicial court-issued document.

The TRO, a copy of which was posted online, quickly drew attention not for its content, but for the choice of font. In both outrage and laughter, the document was shared, and users did not waste time in voicing their opinions on the matter.

“Matching the font with the petitioner?”

And amidst the bashing of the lowly font, one couldn’t help but feel bad for it. “Poor font. Nobody takes it seriously,” said one comment.

The choice of Comic Sans might have offended the stylish sensibilities of many, but Section 3 of the Supreme Court’s rules on “Efficient use of paper” says that any font style of the party’s choice may be used, as long as it is easily readable.

But why is there so much hate for Comic Sans? People have generally concluded that the font is childish, immature, and tacky. There is a movement to ban the font for good, so that no more Comic Sans felonies will ever be committed. Basically, Comic Sans haters think it’s a typeface more suited for children’s birthday party invites than for official court orders.

But for all those sentiments, Comic Sans strongly disagrees. In fact, he claims he’s “the best thing to happen to typography since Johannes fucking Gutenberg” and that he’s “a sans serif Superman [whose] only kryptonite [are] pretentious buzzkills like you.” Yes, he means you, you Helvetica-loving assholes.

But Comic Sans is seriously one of the most popular typefaces to ever exist. It was designed by Vincent Connare in 1994 while working at Microsoft. When it was first used in the Microsoft Bob software, it generated incredible hype. When he was asked why Comic Sans worked so well, Connare said, “Because it’s sometimes better than Times New Roman, that’s why.”

Well, you can’t argue with that.

The simple and fun Comic Sans is actually a dyslexia-friendly typeface, and it’s something that can’t be said for the boring and uptight TNR.

Several cases of Comic Sans crimes later, people have realized that fonts must evoke the message they wish to convey. So unless the CA is being cute on purpose (maybe they are, who knows? Or is it comic relief?), they should probably save Comic Sans for their Christmas party invitations. Or not.

17 Filipino-authored books fit for every personality

The poop guide to Metro Manila

Makati is also rich in mayors: A brief history of politicians who refuse to leave office

Pinoy coffee is making an international comeback, thanks to this startup 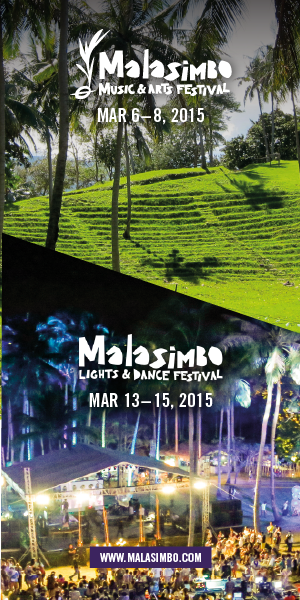