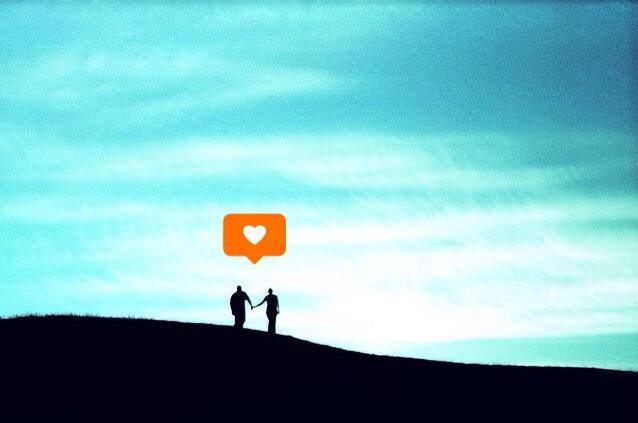 I’m going organic, I told a friend while wading through a haystack of lesbians online.

Soon, I will. I promise.

But I never did. Organic dating, how does that even work? Could I actually meet a woman without the will and powers of the Internet? How do I even get to know someone without googling them two hours a night?

These days, I learn about a woman’s near-complete history in a week or less. Even before I find out her last name, I can already recite her past relationships, favorite films, her dreams and frustrations, and her best friend’s dog’s name. Yes, all these without actually meeting each other.

The hours we spent talking online could have been used to get dressed, ride the train, meet up, talk in person, and do fun activities together. But no.

I first went online in 2005, I was a high school sophomore with a new embarrassing email address. I signed up on Yahoo Mail partly for class assignments, but mostly for Friendster, the Facebook of the past.

Back then, people left nice “testimonials” on each other’s Friendster pages. Something like, “you are the greatest friend I ever had and you are so cool and special and awesome and pretty. Please drop me a testimonial too.”

Those were the days. People were so nice and vocal in complimenting each other, but they always wanted something in return. Kind of how dating sometimes works.

Years later, I came out, got my heart broken, and felt lonely. I finally got a smartphone and downloaded tons of apps. I lit the fire and never looked back; Tinder came and I arrived. This was the start of many failed dates. I knew it and I embraced it.

I lent my first Tinder date a funny book about dogs. She never returned it. Lesson learned: Ask for everything you lent before you stop seeing someone.

She has several dogs, but there was one I particularly liked. It was a chihuahua, I think. Its tongue was always sticking out like a hungry lesbian, some might say. I met the dog woman, let’s call her that, after a hundred or so swipes. Finally, a good match, I thought. Everything went well for about two weeks – a lifetime in the online dating world.

I finally asked her out and she said yes. I was nervous not at the thought of meeting a stranger who could possibly pull a catfish on me. I was anxious about killing the tension, the magic, the connection upon actually meeting face-to-face.

I was right. The excitement died after 3 or 4 dates. The whole process is repeated with other girls, varying circumstances and lengths, on other apps. All having similar results: nothing.

The most I would get out of it is a genuine friendship, which happened at least twice, but both were short-lived.

I never became intimate with any of my dates, except for one. She ended my two-year dry spell. I wanted sex, she wanted sex, so we had sex. It was safe (I made sure) and simple.

We were not lovers, but we were friends. We fucked at least twice a week, but only after talking for hours on end. I know she is not over her ex and I was okay with that. It felt like the perfect set-up.

After weeks of carnal pleasure, however, I realized I’m not built for it. Whatever it might be – not that it needs to be called something, but I’m not saying it is nothing either.

I am not entirely sure what it is I want, but I’m quite sure it’s beyond sex. It’s not even sex, perhaps. I know the answer doesn’t lie inorganic dating. The same thing can happen there.

I guess I’m longing for something slower. Something I can chew on before I swallow (I mean this in the least sexual way possible.)

But old habits are hard to kick, aren’t they? Until then, I’d keep burning my hours on dating apps.

From a theology professor to a drunk date: stories of Tinder in the Philippines

What happens when a male 22-year-old virgin asks the internet for hookup advice?