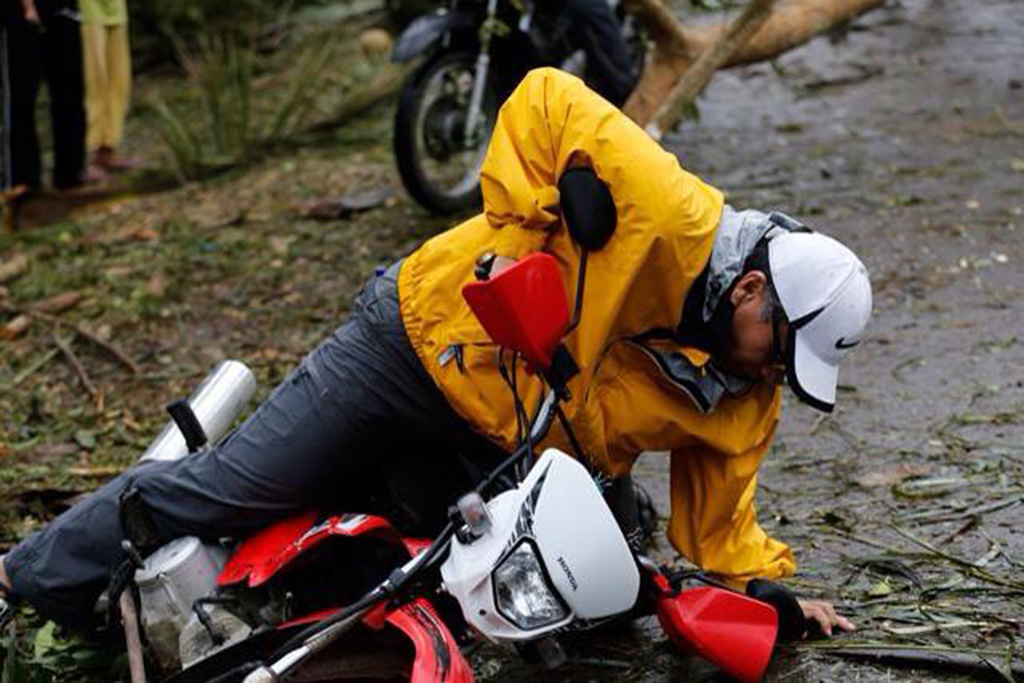 There are only a few days left before 2014 becomes history. If you think 2014 was a crappy, miserable year, and you’re glad to see it go, remind yourself that you’re not alone. The year 2014 wasn’t kind either to power couple Mar Roxas and Korina Sanchez. The DILG secretary’s run for presidency looks bleak, whereas the news anchor’s journalistic credibility is on the chopping block once more.

They’re not the only power couple to have trouble this year (looking at you Lani and Bong, Jejomar and Elenita), but the internet has really feasted on them.

Since December is the time when we look back on all the sad and wonderful things that happened this year, we take a special look on how rough 2014 was for Mar and Korina. After all, don’t hardships make love stronger?

As the Interior and Local Government Secretary overseeing a massive rehabilitation from the dual effects of a super typhoon and earthquake in Eastern Visayas, Mar Roxas was always going to have his hands full in 2014. Managing the DILG was already a monumental task to begin with, but even he could not have reasonably predicted how rough his year was going to be.

Still reeling from Typhoon Yolanda, Secretary Roxas started the year with a tussle with the Romualdez clan of Leyte. They eventually did make up, with Tacloban Mayor Alfred Romualdez even admitting that he knows the secretary has “a very good heart.”

Typhoon recovery aside, Roxas grabbed headlines for all the wrong reasons in April, this time being suspended by the Wack Wack Golf and Country Club after getting into a confrontation with employees of the club over the non-payment of  fees. He later apologized and called the incident a misunderstanding.

But personal problems notwithstanding, what separates Roxas’ worst moments of 2014 have been the fact that they have been captured on camera all too often. Call it an image problem, if you will. 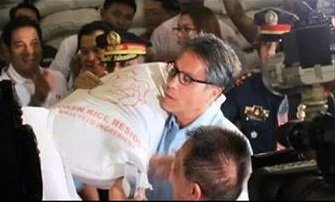 There’s this photo of him carrying a sack of rice in July, in what the Philippine Star described as: “Roxas before leaving Purefeeds warehouse in Malolos pulled a bag of rice from a pile and carried it on his shoulder for a photo opportunity.”

Shortly after, another image, this time of a rain-soaked Roxas moonlighting as a traffic enforcer went viral. (See this video for the full performance.)

The video was filmed in 2009, but still made the rounds on social media. Comments were mixed, with some praising him for his hands-on approach. Yet majority still felt the thing was a stunt, where a high-ranking government official might have better things to do than manage traffic at one intersection.

The recent image of a fallen Mar Roxas on his motorcycle is just the latest in a string of unfortunate PR for the DILG secretary. To add salt to the road burn, he also dropped to sixth in the latest poll for presidential choices in 2016.

Another fail from DILG Sec Mar Roxas. Good thing he didn’t get hurt and smash his head. He wasn’t wearing a helmet. pic.twitter.com/AqmANkyNZY

Online, these images have been made fodder for countless memes.

Exactly six weeks after her tiff with CNN anchor Anderson Cooper, who was on assignment in Tacloban, rumor has it that Korina Sanchez was axed from her radio program “Rated Korina” in DZMM back in January. Later on, the rumor morphed into her leaving the show.

Days after the news circulated, ABS-CBN’s execs made a statement, saying that Korina filed a leave from her radio program to focus on her schooling. “This was planned as early as middle of 2013 when Korina informed ABS-CBN management about her intentions to focus on her studies,” the statement read.

Months after, she and fellow news anchor Mike Enriquez from GMA were implicated by witness Benhur Luy in the Pork Barrel scam, saying that they both allegedly received cash gifts from Janet Napoles.

In separate statements, Korina and Mike vehemently denied the accusations. “I only met Ms Janet Napoles and her family in late 2013 after having been assigned to interview the Napoles Family after the news had broken out about the alleged PDAF scam,” Korina said in her statement published in the Inquirer.

The comment was picked up on social media, and satirical sites quickly pounced on the opportunity. There were fake news reports that she was banned from Japan, was fired from the show, and that Anderson Cooper had commented on her remark yet again.  In all, 2014 was probably a year to forget for this power couple. Will 2015 be any better?

A policewoman is following the footsteps of hot cop Neil Perez

Meet the Filipina who will kick butt in Tekken 7

Here’s how you can cook ‘skinny rice’